There are around 120 species of Bees and allies recorded in the UK. Using the latest citizen science data and technology; we have found that at least 44 of these Bees and their allies, can now be consider as common Sussex Bees.

Bees and other pollinators are vital to growing lots of our favourite foods; and for plants to flourish in our fields and gardens. Here we will look at the various species of Bees and their allies that have been recorded in Sussex recently.

Bees are a vital part of our food chain and the wider structure of biodiversity on our planet. They need our support and protection now! Identifying and getting to know the local Bees around you is one step in supporting the wider Bee population.

The research detailed in this post is based on recordings of the following Bee families. These species are all within the superfamily Apoidea:

As a group of naturalists and wildlife enthusiasts we have been collating data on iNaturalist; and set up a project which gathers together all the observations of Bees and their allies, that have been reported to the wildlife recording platform.

Currently holding over 270 wildlife submissions and biological records, from over 100 wildlife observers; featuring more than 40 species of Bees and allies. This project will continue to draw in the latest and most up to date sightings of Bees in Sussex.

Taken from data in the project, we have identified the 15 most common Bee species in Sussex. Read on to find out more about these fascinating creatures.

By far the most frequently recorded and most common species of Bee in Sussex; and probably everybody’s favourite, due to the delicious delicacy they provide us in Honey.

The Western Honey Bee or European honey bee (Apis mellifera) is the most common of the 7–12 species of honey bees worldwide. The genus name Apis is Latin for “bee” and mellifera is the Latin for “honey-bearing”, so as they say… the clue is in the name!

Coming in a very close second in our list of Bees is Bombus terrestris; the Buff-tailed Bumblebee or Large Earth Bumblebee. This is one of the most numerous bumblebee species in Europe. One of the main species of insects used in greenhouse pollination; and so can often be found in countries and areas where it is not native.

Besides this it is a eusocial insect, with an overlap of generations; a division of labour and cooperative brood care. Worker bees of this species have been known to learn flower colours and use this skill to forage more efficiently.

The third most common Bee in Sussex is Bombus lapidarius the Large Red-tailed Bumble Bee, which is a species of bumblebee in the subgenus Melanobombus.

Commonly found throughout much of Central Europe. Known for its distinctive black and red body, this social bee is important to pollination.

Fourth in our list of common Sussex Bees is Bombus lucorum, the White-tailed Bumblebee. This species of bumblebee is widespread and common throughout Europe. The name has been often used for a range of almost identical looking or cryptic species of bumblebees. In 1983, Scholl and Obrecht coined the term “Bombus lucorum complex” to explain the three taxa (B. lucorum, Bombus magnus, and Bombus cryptarum) that cannot be easily differentiated.

Recorded by a Sussex based member of the Bioblitzr team as far from home as Jersey; Bombus pascuorum, the Common Carder Bee, is a species of bumblebee present in most of Europe.

Living in a wide variety of habitats such as; meadows, pastures, forests, waste ground, ditches, embankments, roads and field margins; as well as gardens and parks in urban areas, and forest edges. It is similar in appearance to Bombus muscorum and is gradually replacing the species in Northern Britain.

The Tree Bumblebee or New Garden Bumblebee (Bombus hypnorum) is a species of bumblebee common in Europe and parts of Asia. Since the start of the twenty first century, it has spread to the United Kingdom and Iceland.

These bumblebees prefer habitats that others do not, allowing them to pollinate flowers in areas that many other bee species do not inhabit.

The Early Bumblebee or Early-nesting Bumblebee (Bombus pratorum) is a smaller and subjectively ‘cuter’ bumblebee; with a wide distribution in most of Europe and parts of Asia.

It is very commonly found in the UK and emerges to begin its colony cycle as soon as February; which is earlier than most other species, hence its common name. There is some evidence that suggests the early bumblebee may be able to go through two colony cycles in one year.

The Tawny Mining Bee, Andrena fulva, is a European species of the sand bee (Andrena) genus. The males are 10-12 mm and the females 8-10 mm long. It is covered with hair: fox-red on its back and black on its underside.

Early Mining Bee Females are often seen nesting alone, but groups of females do occur, even though these groups are never very big. Length is around 8-11 mm. The thorax is foxy brown on top, the abdomen is black; except for the rear end, which is foxy brown again. The male is much smaller than the female; and its hairs are much lighter colour, tending to grey or even white.

Number ten of the Bees in our list. The ivy bee is a new arrival to the UK. First recorded here in 2001, it is slowly spreading north. It feeds mainly on the nectar of ivy flowers and can be seen in autumn when this plant is in bloom. Ivy bees nest in loose, light or sandy soil on southern-facing banks and cliffs with ivy nearby for foraging. They are solitary bees, but when conditions are suitable, there may be thousands of nests in the same area. Source: https://www.wildlifetrusts.org/

Widely distributed in England and Wales, yet predominantly found in the South East; it is the only Anthophora species recorded from Scotland (Kircudbrightshire).

The Ashy Mining Bee or Grey Mining Bee, Andrena cineraria, is a European species of the sand bee (Andrena) genus. Its distinctive colouring makes it one of the most easily recognised of the genus. The females are black, with two broad grey hair bands across the thorax.

The Hairy-footed Flower Bee (Anthophora plumipes) is a species of Digger Bee belonging to the subgenus Anthophora. One of the first solitary bee species to emerge in spring and people often confuse them for small bumblebees; although their quick darting flight motion is a good way to tell them apart.

Male and female Hairy-footed Flower Bees look very different from each other. Although they are solitary bees, with no workers or social structure; they often nest in large groups that can be quite noisy.

The Potter Flower Bee or Anthophorine Bee, Anthophora retusa was widespread in southern England in the period up to the end of the Second World War. However since then it has declined greatly, until today it has been recorded from just four areas since 1990. It is listed as RDB 1 Endangered for the British Isles and is included on the Biodiversity Action Plan Priority Species List. Source: http://hymettus.org.uk/

The last in our list of Sussex Bees to look out for. Anthidium manicatum, commonly called the European Wool Carder Bee, is a species of bee in the family Megachilidae, the Leaf-cutter Bees or Mason Bees.

They get the name ‘carder’ from their behaviour of scraping hair from leaves such as lamb’s ears (Stachys byzantina). They carry this hair bundled beneath their bodies to be used as a nest lining. Like other members of the tribe Anthidiini, these bees do not cut leaves or petals as is typical for megachilids.

Beyond the 15 most common bees in Sussex that we’ve detailed above; the Bioblitzr project has now brought together more than 470 recorded observations (259 research grade) of some 52 species of bees and allies in Sussex. Take a look at the project right here, click around each item and take a deep dive into the data.

You can also view the project full screen here https://www.inaturalist.org/projects/bees-and-allies-in-sussex.

A far more sustainable approach to beekeeping, than the traditional method of using fabricated hives and feeders. Natural Beekeeping is the practice of farming honey from Sussex Bees, in a more natural habitat (commonly tree hives and sun hives).

The Natural Beekeeping Trust was formed in 2009; in response to the need for an alternative approach to the care of bees. The key aims of the trust are to disseminate information about natural beekeeping and develop new understandings; and ways of relating to the bee that work with its natural behaviour. Rather than the enforced and stressful methods seen in conventional, chemical dependent beekeeping.

Honey Bees For Sale in Sussex

Back to our home county where you will find two annual Bee Auctions in Sussex. A Bee Auction is a truly buzzing event, full of bee keepers, honey, beeswax products and Bees for sale. Besides auctions for Honey Bee Colonies and Queens from Bee Traders; you can find all the trappings and supplies you need to handle bees, for rearing and keeping healthy Honey Bees (apiculture).

Find out more about the West Sussex Bee Auction at westsussexbeekeepers.org.uk

How You Can Help Bees Needs

So what can you do to help Bees and pollinators in your local area? There are five simple actions defined by DEFRA and Bumblebee Conservation, that you can take to help Sussex Bees and pollinators; with the aim to make sure their populations are sustained:

Our web team, White Rabbit Consultancy works closely with the National Biodiversity Network as a Corporate Supporter; providing technical, WordPress website and digital marketing support to conservation and wildlife groups that are members of the NBN. 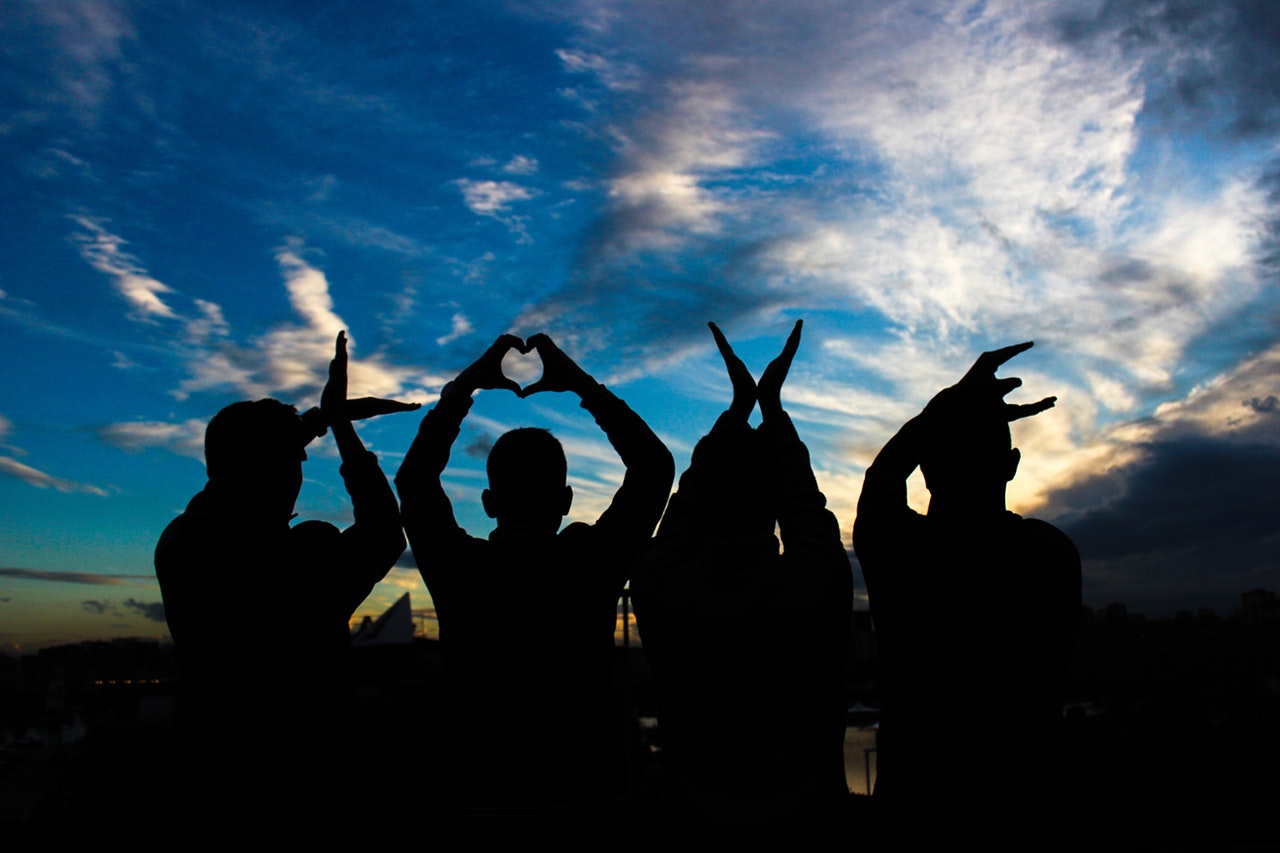